More than fine, in fact.  I popped up to Scotland for three days to recce the route for the Highland Fling, was blessed with perfect running weather, neither face-planted nor sprained an ankle, and came away with nothing worse than a sore thumb.  I know, I know!  How on earth does one injure one’s thumb, running?

It was a bit of a whirlwind tour.  I caught the sleeper train from Euston Station on Sunday evening, and as my cabin-mate was a no-show had the place to myself.  By 9am on Monday morning, I was in Milngavie at the start of the West Highland Way with a mere 26 miles between me and my bed for the night.

The first 12 miles or so of the West Highland Way is largely runnable.  The hills are short, the ground is benign and the puddles were minimal.  I’d been thinking about stopping at the Beech Tree Café (around seven miles in), but ended up pausing for just long enough to take a couple of photos of the Shetland ponies.  The next natural break point was Drymen at mile 12, but as the field leading up to it was ever-so-slightly muddy and the café wasn’t directly on the route, I skipped that as well and carried straight on to Balmaha. 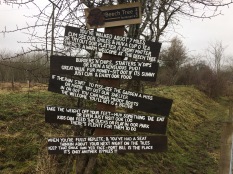 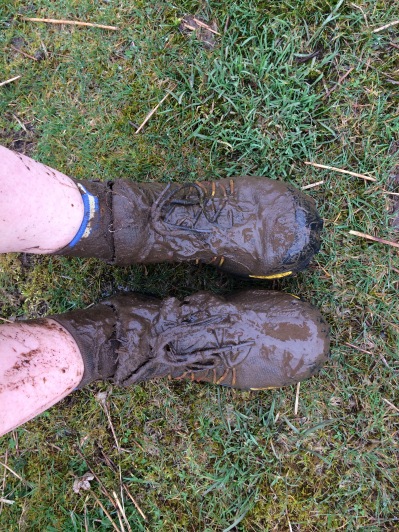 The section from Drymen to Balmaha features the first significant climb on the way, as you make your way up to Conic Hill (skirting around the bottom rather than going straight over the top).  Last time I came this way, I took a detour up and over Conic Hill itself to admire the views, but low cloud made that particular temptation easy to resist. 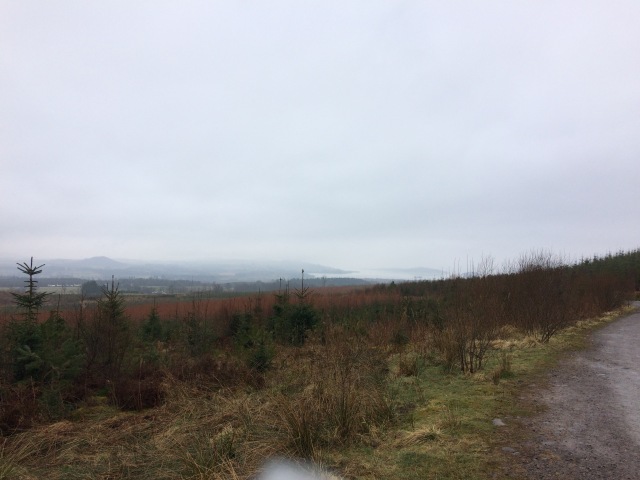 The WHW comes into Balmaha through a car park which spits you out directly opposite St Mocha’s Café.  One hot drink and incredibly rich honeycomb slice later, I was back on the trail heading for Rowardennan Lodge, and after another eight picturesque, if not particularly speedy, miles I was safe and sound in the youth hostel, hosing down my shoes, rinsing out my kit and counting down the minutes until dinner. 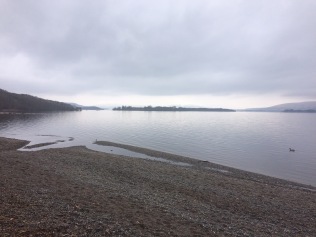 Tuesday was a day of rest.  I was staying in Rowardennan Lodge again that night so had the luxury of being as active, or inactive, as I liked.  I’d pencilled in a hike up Ben Lomond, but although the weather was mild and dry, it was also really rather windy up high, so instead of going all the way to the top, I went partway up the tourist trail, turned round, came down and then explored the Ardness Hidden History Trail and the lower section of the Ptarmigan Trail before calling it a day and heading back to the hostel. 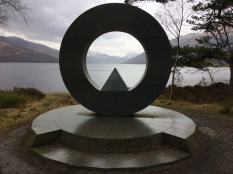 On Wednesday morning at 9am, I had a slump on.  I was packed up and ready to go…

…but failing miserably to get up off the comfy sofa in the hostel’s common room.  Had there been a hostel cat, I might still be there, but instead, with a little prompting from a friend, I hauled my carcass out of the hostel and set off towards Tyndrum.

Day three was definitely a hike with little bits of running thrown in rather than a run with the odd bit of hiking.  There isn’t a vast amount of elevation between Rowardennan and Inversnaid, but there are twists, turns, tree roots and rocky steps, so it’s very much a case of run a bit, walk a bit, run a bit, walk a bit, and from Inversnaid to Beinglas it’s pretty much all walking, scrambling and trying not to be outfaced by ladders appearing out of nowhere. 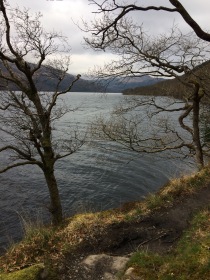 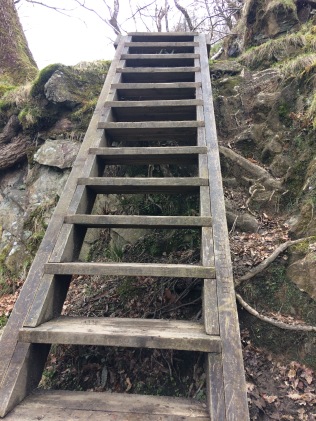 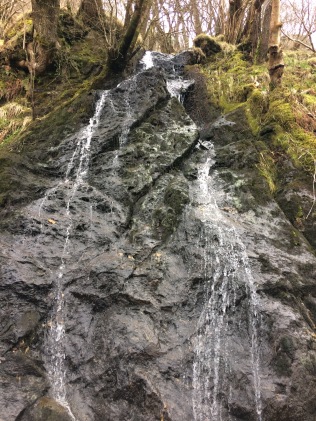 Fourteen miles down, thirteen still to go.  I did the sums, decided I had time in hand and stopped for lunch at the Beinglas campsite.  Coleslaw has rarely tasted so good.

Beinglas to Tyndrum was tough.  Sections of it are extremely runnable, but bits of it are bleak (though the honesty box with the deckchairs raised a smile), bits of it are full on unpleasant and a fair amount of it is uphill.  I picked my way prissily around cow-shit infused puddles trying to work out whether I’d be prepared to run straight through them on race day, climbed up the muddy slope to avoid the herd of cows camped out on the path and grumbled my way  along stony paths weighing up the pros and cons of trying to run (speed vs certain toe-stubbing and face-planting).  By Crianlarich Crossroads I was yearning for a teleport button, but alas there was none to be had.  I hiked up the last huge hill, enjoyed the forest trail path as it wound down through the trees and spent the last four or so miles practising my walk-run transitions (I have run-walk transitions down pat). 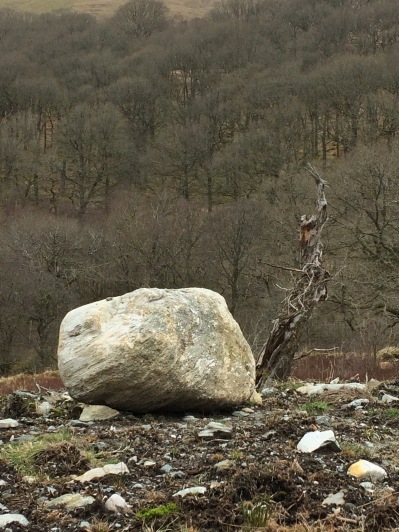 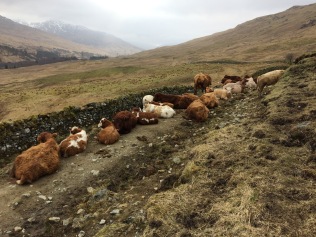 I finally reached Tyndrum at 6pm.  I changed into dry kit, picked up a couple of souvenirs from the gift shop, and then settled down in the café to kill time until my train home.

I think that’s about it.

A Bradypus or Sloth am I, I live a life of ease, contented not to do or die but idle as I please; ... [Michael Flanders and Donald Swann]
View all posts by abradypus →
This entry was posted in running and tagged highland fling, West Highland Way, WHW. Bookmark the permalink.