I am not a runner

Not a real one, anyway.

Since January, I have run 39 parkruns at 38 different venues.  I have even (if you’ll excuse my tiny wee brag) snuck into 10th place on the table of doom.  I won’t stay there.  The competition is cut-throat.  *But for now, for one week only, I’m there. 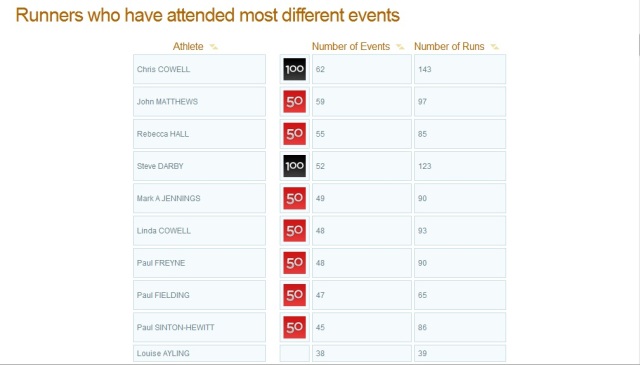 I have also run my first 10km and two half marathons and I’ve joined not one, but two, running clubs.

I’d even begun to think of myself as a runner.  *But I’m not.  Not really.

*Because apparently, running is meant to be hard and painful and an exercise in mind over matter.  Running is about overcoming the pain, digging deep and shaving time off your pb.  Running is about blisters and chafing and grit.  About exhaustion and grim determination.

*And frankly, I’m not interested in any of that.  I want to be able to run a half marathon comfortably, not fast.  I am as happy pootling round a parkrun chatting as I am on the days I get a pb.

I won’t push myself so hard I feel sick, I’m perfectly happy running at a conversational pace, and if I have a niggle, I’ll stay in.

I do take my gps out on runs, because if my gps doesn’t record it, it doesn’t count, but I start it at the beginning, stop it at the end, and ignore it all the way round.  I want to listen to my body while I’m running, and I want to hear nothing worse from it than that it’s feeling some mild discomfort.

So, according to pretty much every book and every article I’ve ever read on running, I am not a runner.  Not a real one, anyway.

My personal theory is that the books and articles are written by masochistic idiots.

*I like starting sentences with “and” and “but” and “because”.  So sue me.

A Bradypus or Sloth am I, I live a life of ease, contented not to do or die but idle as I please; ... [Michael Flanders and Donald Swann]
View all posts by abradypus →
This entry was posted in parkrun, running and tagged does running really have to hurt to count?, masochistic idiots, parkrun, royal parks half marathon, running, top ten on the table of doom, Windsor half-marathon. Bookmark the permalink.

19 Responses to I am not a runner